October 18, 2021:  The Annual SBE Membership Meeting was held online.  Our (Minnesota SBE Chapter 17) was honored for membership growth in Class B.  We also took top honors in Chapter Communications IE: this website was deemed best of the 114 SBE chapters world-wide.  Chris Tobin from New York was named Engineer of the Year posthumously.  He died of a heart attack last winter.  Megan Clappe became an SBE Fellow.  Congratulations! 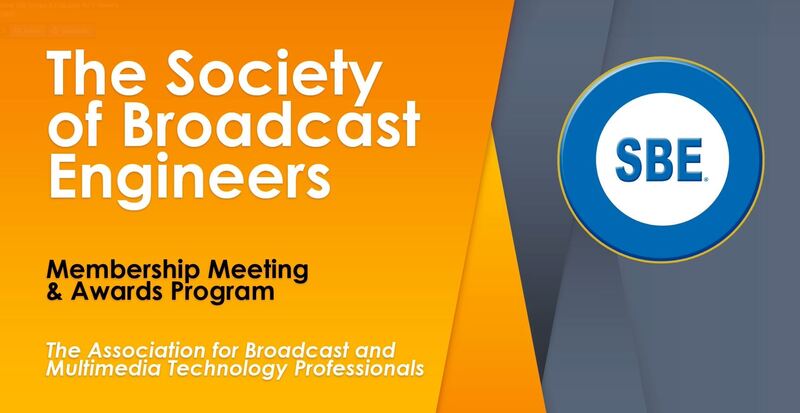 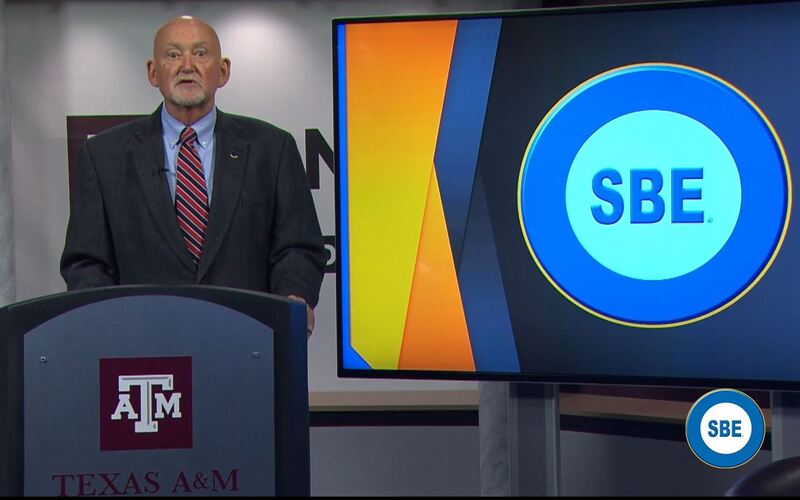 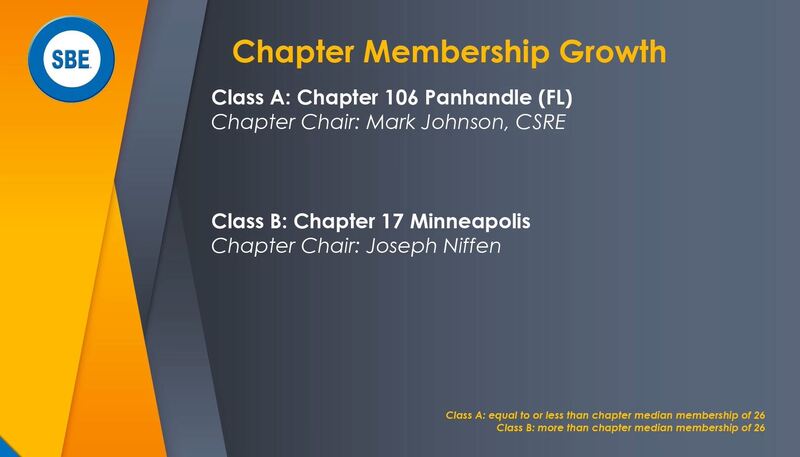 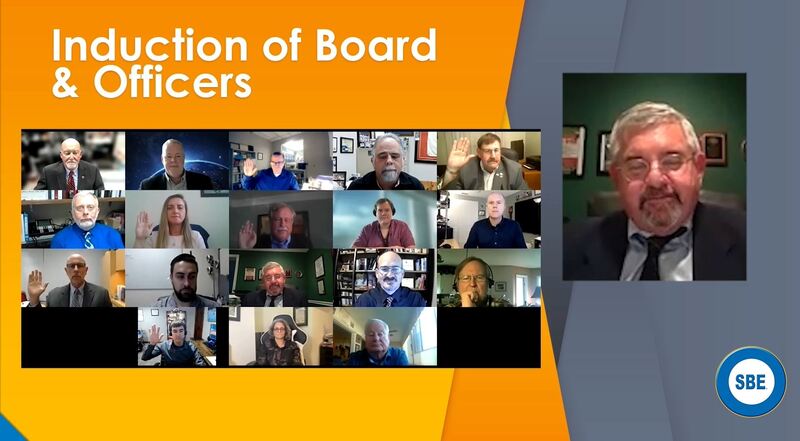 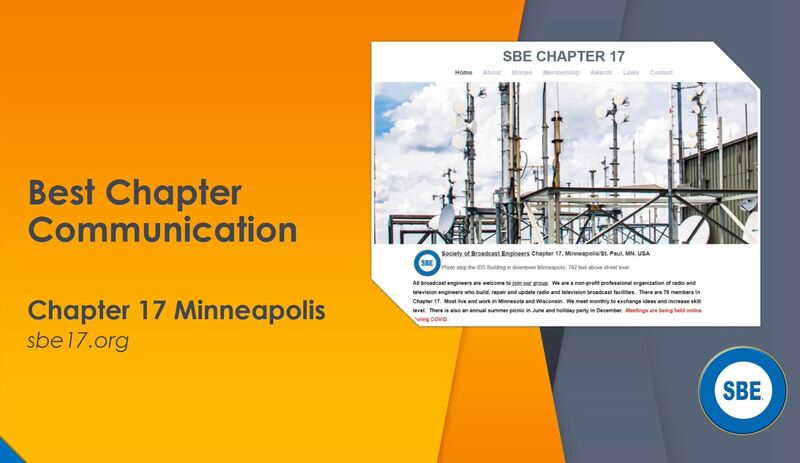 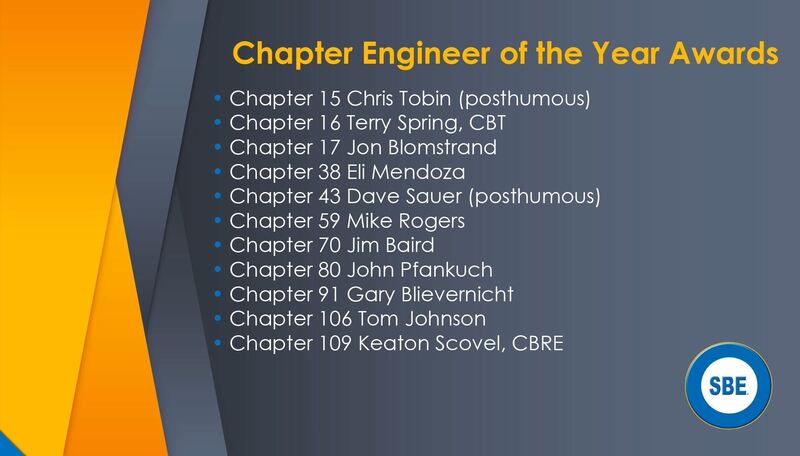 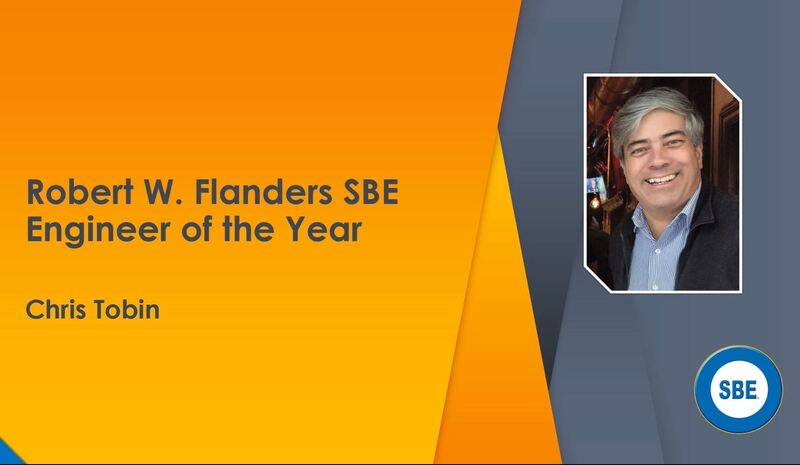 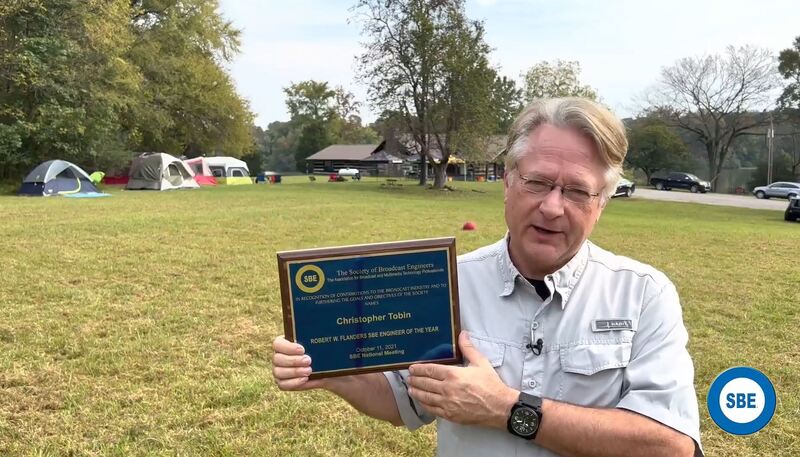 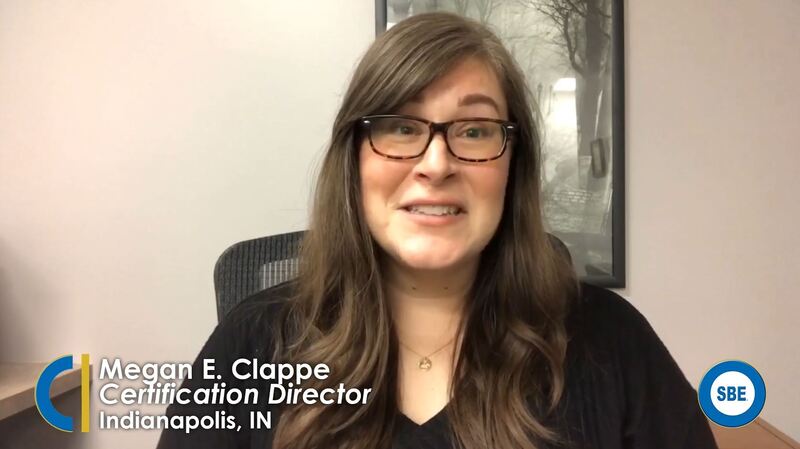 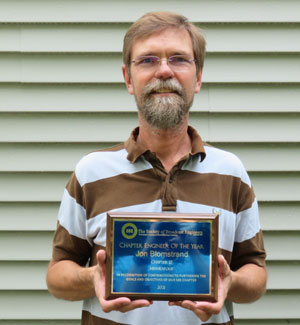 June 2021:  Jon Blomstrand, (member 11522, CPBE) was SBE Chapter 17 Engineer of the 2021 Year, in recognition of his long-standing dedication of more than 40 years to the engineering profession and a member of SBE since 1988.
​
Jon Blomstrand is a broadcast engineer with Minnesota Public Radio (MPR). Prior to joining MPR, he held the Director of Engineering positions for Hubbard Broadcasting, CBS/Viacom, as well as broadcast engineer for ABC/Walt Disney Companies.

While at Hubbard Broadcasting, Jon applied all his knowledge and experience to the successful completion of rebuilding the Franklin antenna. There are presently very few operating Franklin antennas in the world. Due to the uniqueness of this antenna, the challenge of understanding, redesigning, and rebuilding it is an enlightening education few will ever experience. Ron Rackley designed the system and Jon has mentioned in conversations that it was a genuine pleasure to work with him.

Jon started his broadcast career in high school as a DJ at a local FM station in Nebraska. He quickly realized that was not his calling. He knew broadcasting was where he wanted to be and found his passion and talents were suited to broadcast engineering.

In 2005 Jon, along with Steve Brown, retired chief engineer from WLTE, accomplished the reformation of SBE Chapter 17. The chapter had been dormant for many years. Jon is actively involved and takes pride in being a Chapter 17 officer from 2005 to present, where he has held the positions of program chairman, coordinator, co-chairman, chairman, and is currently treasurer and grill master at the annual picnic. SBE and Jon’s missions align as they work to further educate present engineers while bringing in new talent.

Jon’s family is his pride and joy. He is proud of all his children, their spouses, and thoroughly enjoys teaching his grandchildren all the fun and noisy experiments in engineering and science, as he encourages them to go home and
repeat it for their parents. What goes around comes around.
September 23, 2020:  The Society of Broadcast Engineers presented its Membership Meeting & Awards Presentation (MMAP) webcast The program, held online after the in-person events had to be cancelled because of COVID-19, combined the SBE's annual Membership Meeting and Awards Banquet presentations into one online event.

In addition to the previously announced awards, including the Robert W. Flanders SBE Engineer of the Year award to RJ Russell, CPBE, of Middletown, DE, and the 2020 James C. Wulliman SBE Educator of the Year awards to Fred Baumgartner, CPBE, CBNT, of Elizabeth, CO, and Roland Robinson, CBTE, CBNT, CTO, of Tacoma, WA, the event also recognized other individual and chapter efforts, as well as the two newest SBE Fellows, Ralph Beaver, CBT, and Jim Leifer, CPBE.
The MMAP also added a special surprise event. The SBE John H. Battison Award for Lifetime Achievement recognizes and pays tribute to individuals for their dedication, lifelong achievement and outstanding contribution to broadcast engineering.  Nominees are SBE members in good standing and have been active for 40 years or more in the broadcast engineering industry or a closely allied field that benefits broadcast engineering. Nominations can be made by any member of the SBE and will include the endorsement of three other SBE members. There is no more than one recipient per calendar year. The recipient for 2020 is Mark Persons, CPBE, AMD, CBNT.
Mark followed in the footstep of his father, who was also a radio broadcast engineer.  Mark started turning transmitter knobs more than 60 years ago.

While reaching the rank of sergeant in the United States Army from 1967 to 1969, Mark was in charge of an avionics repair shop for the OV-1 Mohawk high-tech surveillance aircraft in Vietnam.  After his military service, he spent the next ten years with KVBR radio in Brainerd, MN, where he became chief engineer. In 1977, he opened his own radio engineering consulting business, which he operated for the next 40 years. He married his wife Paula in 1978, and she became instrumental in running the business side of the business out of their home.

Mark has been a respected engineer in Minnesota and the upper Midwest his entire career. He built 12 commercial AM and FM radio stations, and rebuilt, upgraded, maintained and repaired countless other radio stations for clients. He has endeavored to share his knowledge and experience with others in the field. He has written more than 140 articles that have appeared in industry magazines and made more than 25 speeches and presentations at industry conventions, conferences and meetings.

Mark joined the SBE in 1981, and is now a life member. He holds three life certifications from the SBE. Outside of his broadcasting career, Mark is a member of the American Legion, The VFW and Disabled American Veterans. He enjoys amateur radio as WØMH, and photography.
Retired several years ago, he and Paula are mentoring younger broadcast engineers through the SBE Mentor Program. Mentoring is his way of giving back to the industry that kept him employed for more than 50 years.

On receiving the honor during the webcast, Mark said, "This really was a lifetime experience for me. I never had a plan B.  I was always going to be a broadcast engineer, and that's exactly how it came out.  I want to continue to contribute to the Society of Broadcast Engineers. Thank you."

For perspective, the Society of Broadcast Engineers is an organization of more than 4500 members in 114 chapters world-wide.  This is only the 10th time they presented the award in their 56 year history.

Download File
August 8, 2020:  The late Hal Schardin was nominated for and posthumously received the Chapter 17 Engineer Of The Year Award. This picture is with his widow, Patty, and his sons.

June, 2020:  SBE Chapter 17 member Harold "Hal" James Schardin died at the age of 68.  Hal had a lifetime interest in electricity.  He attended Brown Institute while working at Radio Shack.  Over the years, he worked at KANO, WCCO and KSTP, just to name a few. 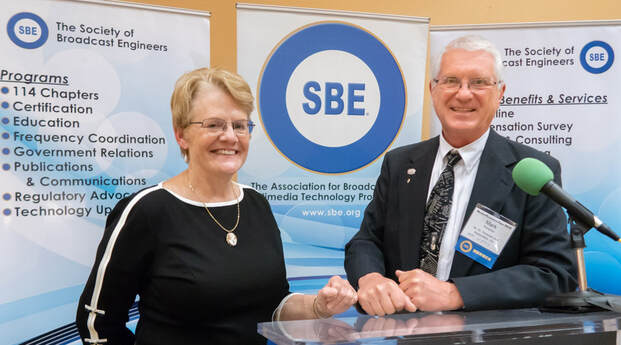 Mark was working with his hands from the time he was crawling as a baby. He is forever building and working with electronics. We are not talking about plug-and-Play. Mark designed nine pieces of electronic equipment that were manufactured by Zercom, now Nortech in Merrifield, MN. He also designed literally hundreds of one-of-a-kind electronic circuits used in radio broadcast stations across the country. Some found their way abroad. He designed and built it all with great determination for the broadcast industry.
Mark loves going to radio stations to fix what is broken or install new circuits to make broadcasting the best that it can be. One sign on the back of his service truck reads "Radio Doctor." Another reads "So Many Transmitters, So Little Time." He really is dedicated to the industry that he grew up in. How many people do you know who have done the same thing their entire life?
Mark didn’t happen into broadcasting. He was born into it. His father Charles B. Persons started in radio engineering in the 1920's. Mark knew in high school that he wanted to work in electronics and specifically in radio broadcasting as an engineer. While a teenager, he helped build a station. The only time he did not spend in broadcasting was during his stint in the U. S. Army. He taught electronics at Ft. Monmouth, NJ, and spent a year in Vietnam (1968 to 1969) as Sergeant in Charge of an avionics repair shop keeping the hi-tech OV-1 Mohawk surveillance aircraft in the air.
Back in the states, Mark worked in his family-owned radio station until 1979 when he went on to be a contract engineer for many stations. This was a new field at the time. In total, he has built 12 new commercial radio stations, mostly in the Midwest. That included building phasors at four AM directional stations. Countless others were rebuilt or upgraded along the way. Mark installed AM Stereo at 40 radio stations back in the 1980's.
Mark has written 150 engineering articles for national publications, mostly in Radio World. He has given twelve speeches before regional radio conventions, three at NAB conventions, and one at a national SBE convention.
Mark is a Certified Professional Broadcast Engineer with the SBE (Society of Broadcast Engineers.) AM Directional and Computer Networking were added to his certifications. He served as Minnesota Frequency Coordinator for the SBE for about six years. Mark was a mentor to three radio broadcast engineers even before the SBE started a program to do that. He added one at that time.
Mark is a constant inspiration to others and spends time almost every day helping other radio broadcast engineers solve transmitter problems.  Amateur Radio (Ham Radio) was something he took up in 1963. His amateur call sign is W0MH.  Mark is no stranger to long hours and hard work. He is dedicated to getting things done for his clients. His website is: http://www.mwpersons.com
Mark Persons is a life member of the Society of Broadcast Engineers, the American Radio Relay League, The American Legion, Veterans of Foreign Wars and Disabled American Veterans.  He lives in Brainerd, MN, with his wife Paula.