Sound levels there are monitored to warn against hearing loss.  That is something broadcast engineers should be conscious of.
They learned about controls in an industrial environment....something like a transmitter site.
Then a band showed up to entertain.  Everyone had a great time.   No SBE money was used to purchase alcohol.

November 22, 2019, SBE Chapter 17 met at Town Square Television in Inver Grove Heights, MN.  Tom King of Kintronic Labs presented a talk on DRM (Digital Radio Mondiale) via teleconference.  Kintronics is an associate member of DRM and an advocate of AM and FM stations in this country bypassing HD radio and going to full digital.  He described numerous advantages including reduced transmitter power to cover the same listener area.  See:  https://www.radioworld.com/columns-and-views/is-a-single-digital-radio-solution-possible, https://drive.google.com/file/d/0B-ygygVJSSPaRzZuaUI3YmVicklUbDVFX3FIenJpMzI5Ul9F/view?usp=drive_web and https://drive.google.com/file/d/0B-ygygVJSSPaV3VmVWgwNmJsNWxKZTBPOXNHYkNuUWFCREo0/view?usp=drive_web

Afterward, our own Mark Persons gave a 48-minute class on soldering.

Our thanks to Mike Davison and crew at Town Square TV for arranging the meeting. 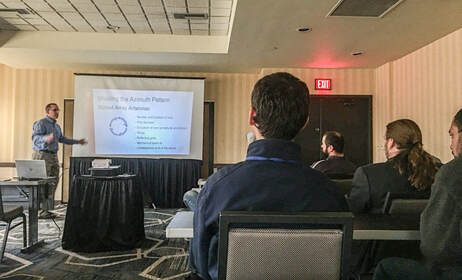 October 30, 2019, Meeting was held at the Alpha Video 3C Tech Expo in Saint Louis Park, MN.  The noon program was by Tom Nowik of RFS World.  He discussed antenna design as the repack unfolds.  We also extend a big thanks to Alpha Video’s 3C Tech Expo for letting us share their space. 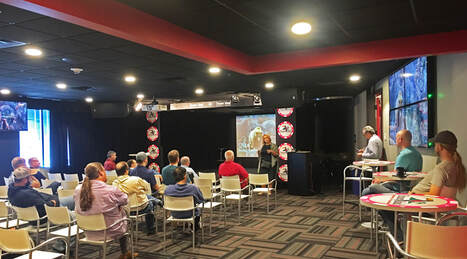 September, 2019: The SBE Chapter 17 meeting began with brief remarks from Executive Director Wendy Paulson from the Minnesota Broadcasters Association (MBA).  We were delighted to welcome her to her first-ever Chapter meeting and listen to plans for the MBA Annual Meeting next month. 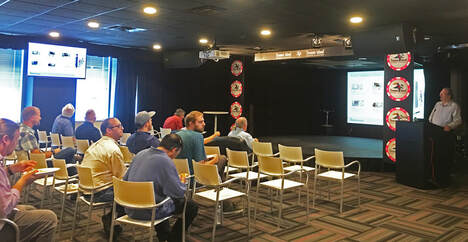 The keynote speaker was Don Backus of Rohde & Schwarz.  He was kind enough to sponsor the luncheon and share his thoughts on the development of liquid-cooled transmitter technology in cold weather climates.
August 21, 2019, The SBE Chapter 17 meeting was held at Town Square Television in Inver Grove Heights, MN. 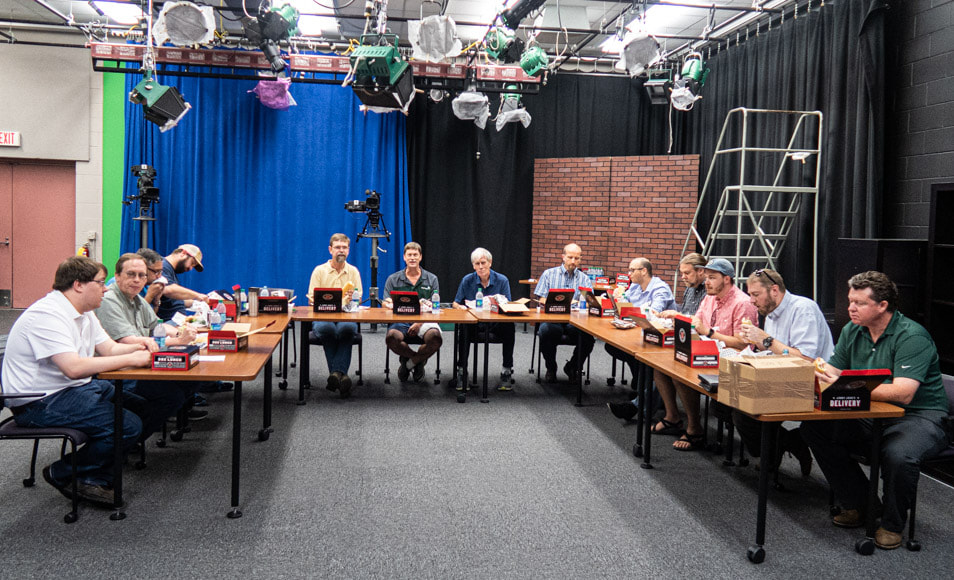 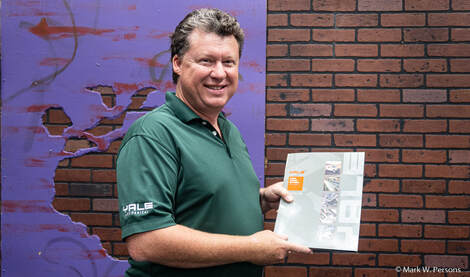 Yale Mechanical https://www.yalemech.com/projects/hvac-mn/ has made a name for itself through its work with Minnesota Public Radio, and many others.  Project Manager Mike Bokenewicz talked about the ins-and-outs of both design and maintenance, and generously covered this month's luncheon. 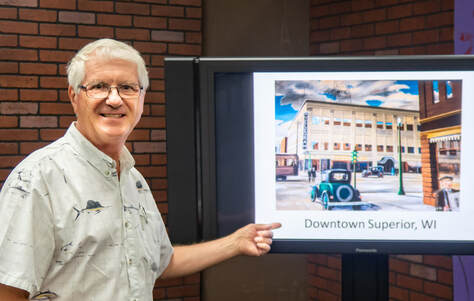 Also speaking was Mark Persons CPBE AMD CBNT https://www.youtube.com/watch?v=kMpTLRuwlSE, recipient of the 2018 SBE Engineer Of The Year award.
He took us through the overall history of broadcasting, and his place in it.  A video, compliments of Mike Davison CBNT from Town Square TV, can be seen at: https://player.vimeo.com/video/355359478
July 30, 2019:  SBE Chapter 17 met to hear about self-driving cars.  They learned the technology is advancing, but the driver behind the wheel will still be responsibility in an accident situation...a least for the foreseeable future.  Speakers included Eric Palmer, Attorney at Meshbescher & Spence https://meshbesher.com/ and Jacob Miller, Autonomous Solutions Engineer at https://vsi-labs.com/  VSI plans an autonomous test drive from Minneapolis to California soon.  A Ford Fusion car was chosen for the test because the Ford car is ready for it.

There is a camera sensor on top.  Most of the extra autonomous hardware is located in the trunk of the car.  More on the test drive at: https://vsi-labs.com/automated-drive-west The future of self driving/autonomous vehicles might include robo-taxis and a need for only one or even no vehicles per household. 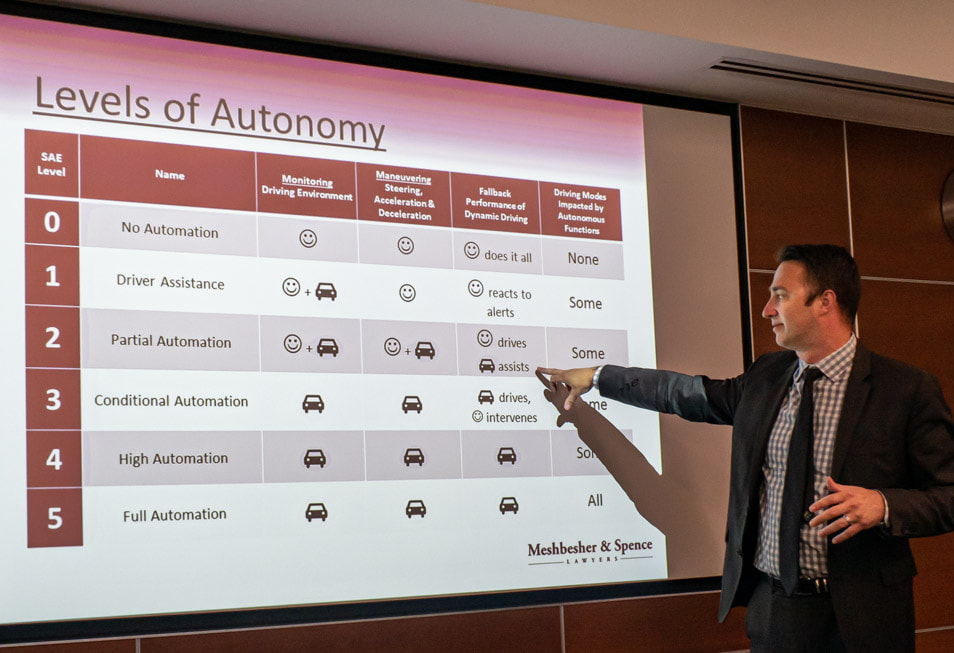 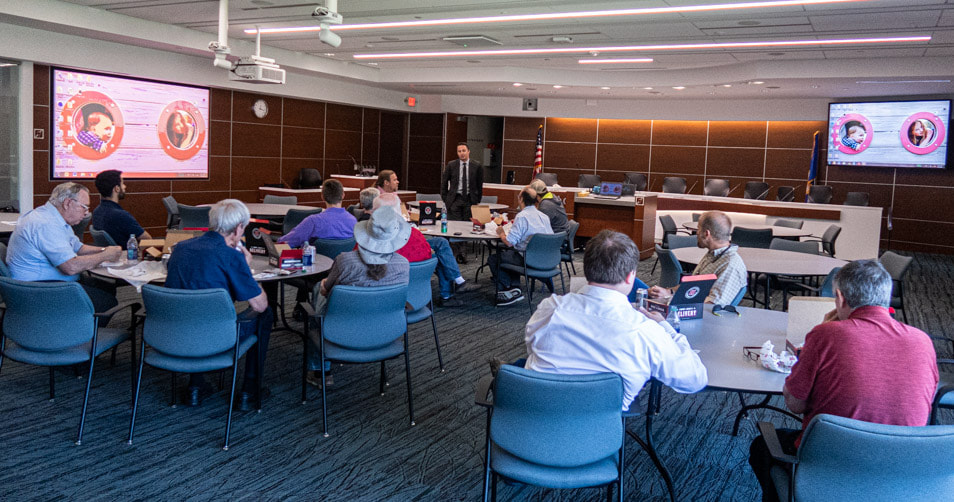 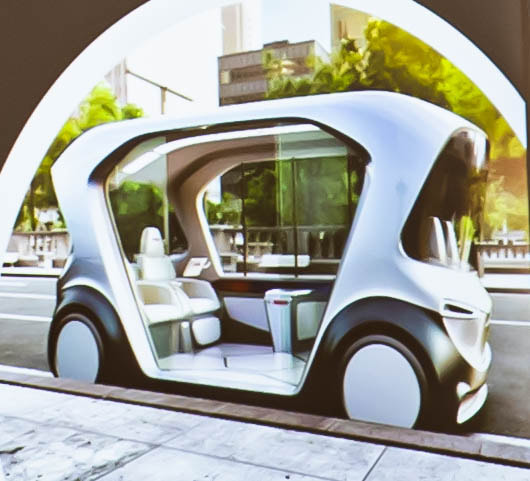 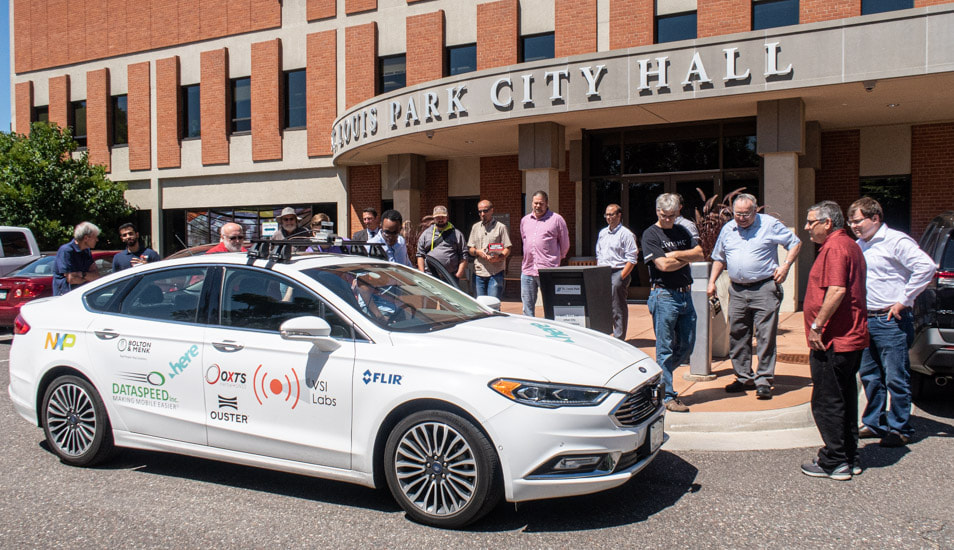 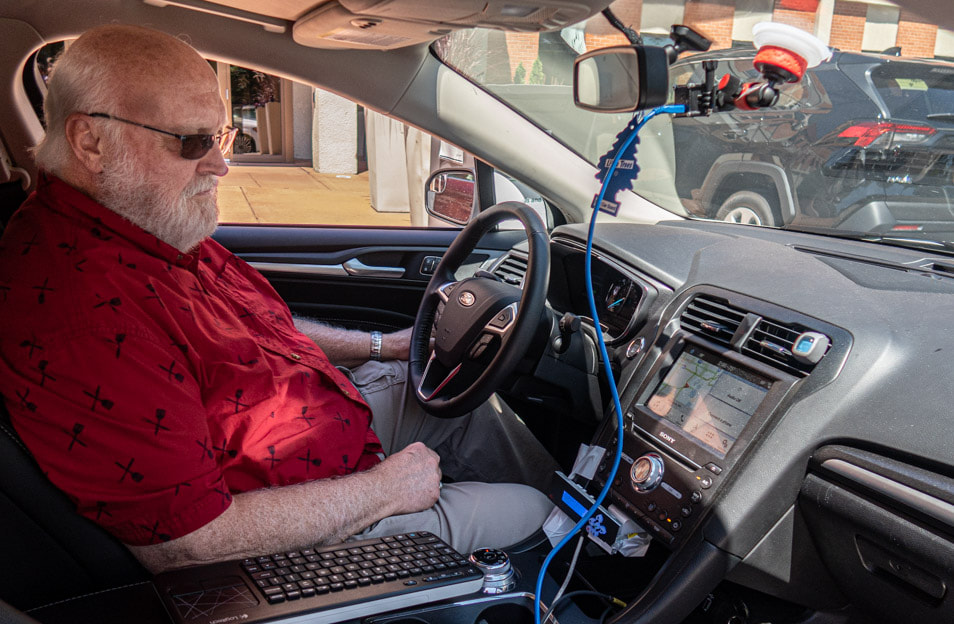 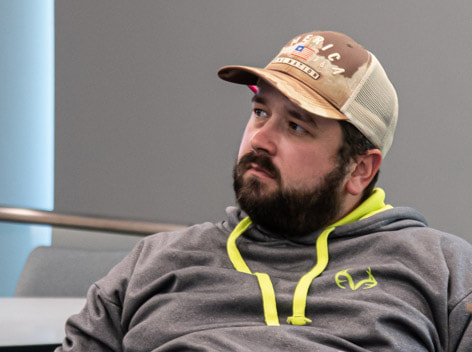 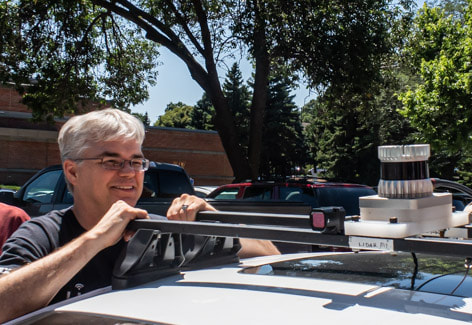 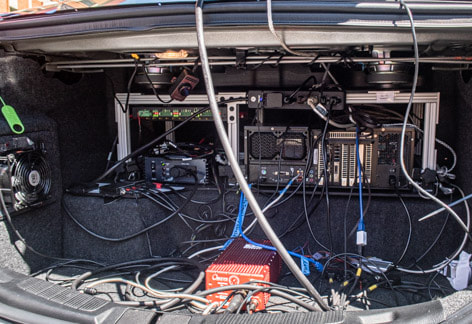 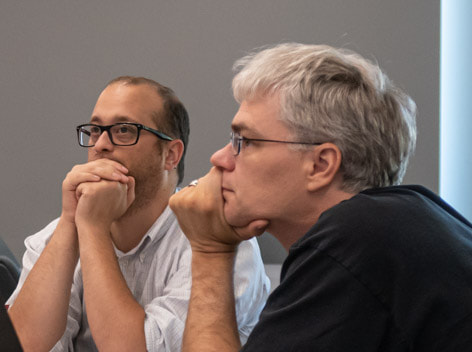 June 28, 2019:  The annual SBE Chapter 17 summer picnic was held at the Fox 9/FM transmitter site in Shoreview, MN.  Lunch was sponsored by the Telos Alliance.  Thank you!  The tower is 1500 feet tall and has nine FMs into a combined antenna. 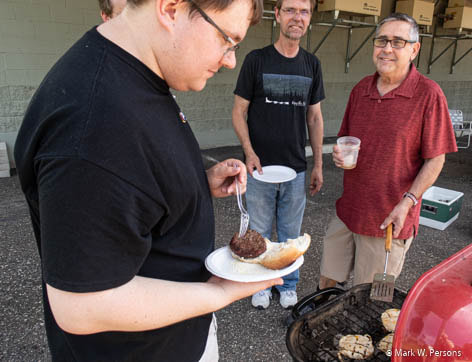 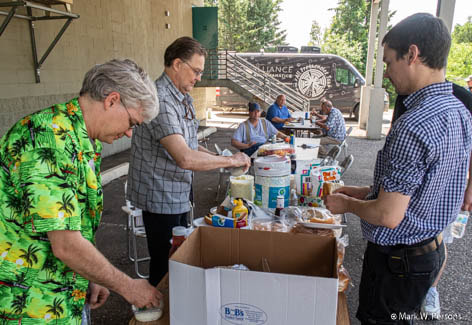 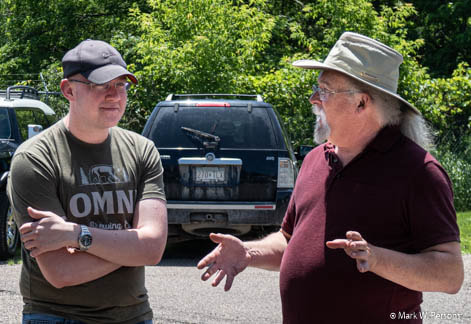 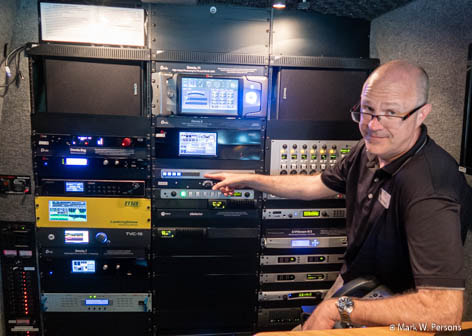 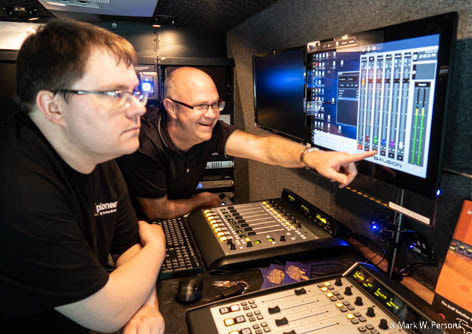 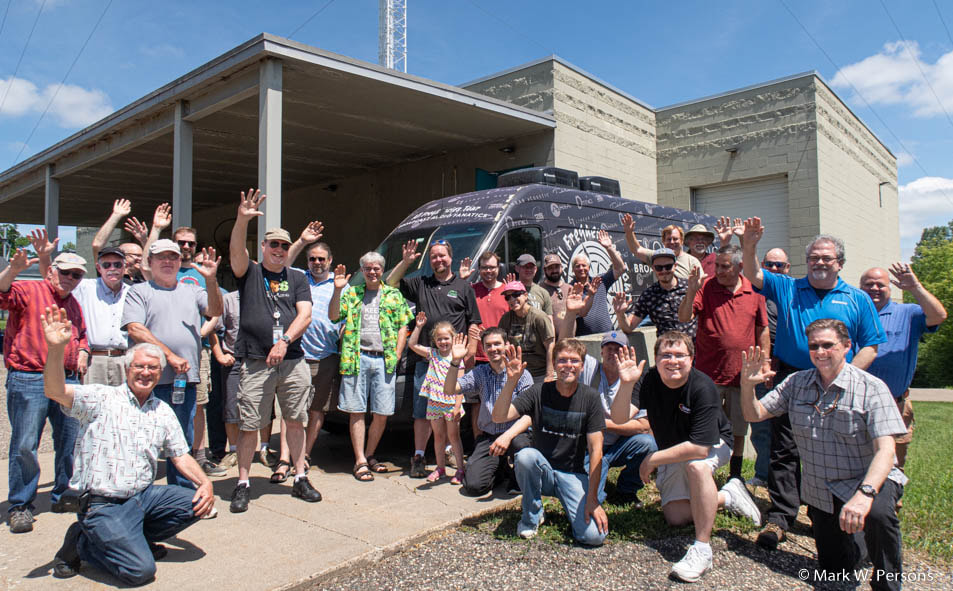 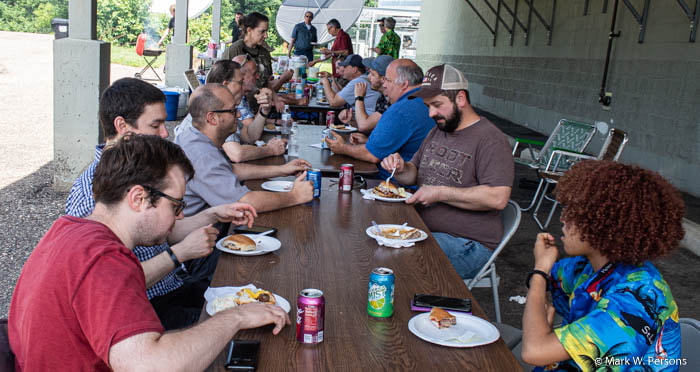 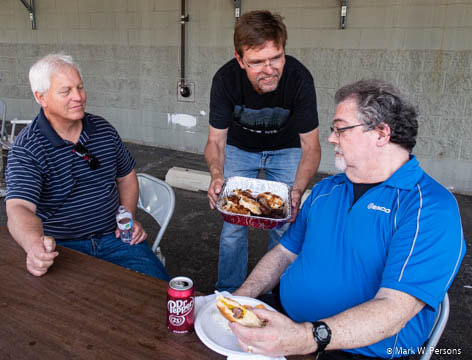 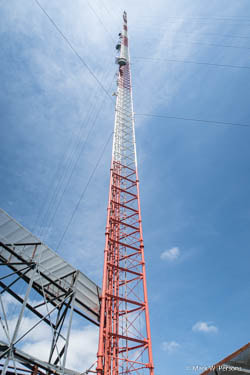